We also want to say thank you. Over the past six months, your participation, interest, and sharing has made The Tête-à-Tête what it is. For example, of our top three most viewed articles so far (here, here, and here), two have been written by guest authors (shout out to Edward Sullivan and Karen B.K. Chan!). Your comments have been fantastic as well. We want to give a particularly strong shout out to Mark Lalonde, who has been instrumental to generating rich debates on several posts. Thanks Mark!

Over the next six months, let’s see if we can take it to the next level. As much as we enjoy sharing ideas and debating each other, we want to freshen things up. Let’s get some new topics in the mix. For example, we have not yet had any posts on the upcoming U.S. election, the Middle East (including Iran’s potentially historic nuclear deal with the P5+1), health policy, sports, or travel; and we have had relatively little on criminal law and education; to name a few. If you would like to write a post on one of these topics (or any other), let us know! If you know someone else who might want to write a post, send them our way!  We have not had any personal essays yet either. Have any of you had an inspiring or otherwise powerful recent experience you’d like to share? Tell us about it. Too busy to write a super long in-depth post? That’s ok; in fact, shorter is generally better.

As Ian put it in his top post so far: diversity makes us better. It’s been a great six months, but here’s to six more that are more diverse and better! 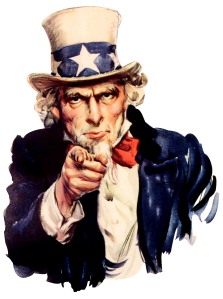 4 thoughts on “The Tête-à-Tête wants you!”